Skip to content
Previous Next
Make A Joyful Noise 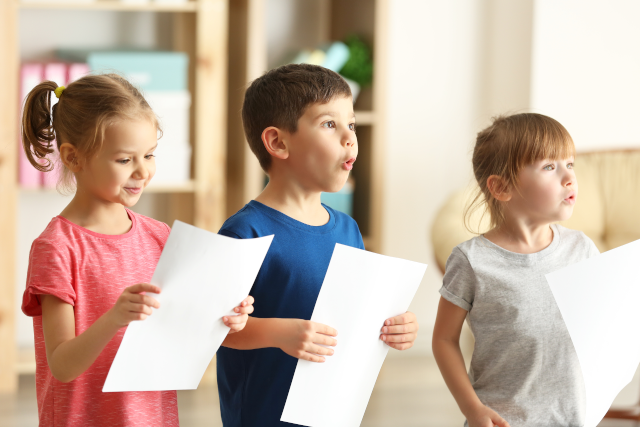 St. Augustine famously said, “Singing is praying twice.”  We often hear this quote repeated, especially by choir directors frustrated by the lack of participation in singing at Mass.  What it demonstrates is the importance of music as a tool to worship almighty God.

As people created in the image and likeness of God, we are naturally attracted to truth, goodness, and beauty, all things that we find perfectly in God Himself.  Music can be a share in the beauty of God, and it is a powerful prayer when we offer beautiful music to Him.

Music can also be a powerful tool that we can use to share the Faith with our children.  There are many popular Christian artists, and most people will have no trouble finding a Christian radio station that broadcasts where they live.  This can be a wonderful resource.  Satan has certainly used pop-culture music to spread depravity, irreverence, and sin.

By tapping into our children’s modern music tastes, Christian artists can appeal to their senses, while offering positive messages to their spirits.  How wonderful it is to have children singing along about the love and glory of God, rather than sin.

It is important to be familiar with your children’s favorite artists and songs, of course, especially since many are Protestant, and may occasionally contain some theological errors.  Talking to your children about the lyrics in their favorite songs will not only allow you to clear up any mistakes, but also help them to identify the truth that they contain.  Of course, there are wonderful Catholic artists, whose lyrics may not be infallible, but should reflect a Catholic understanding. 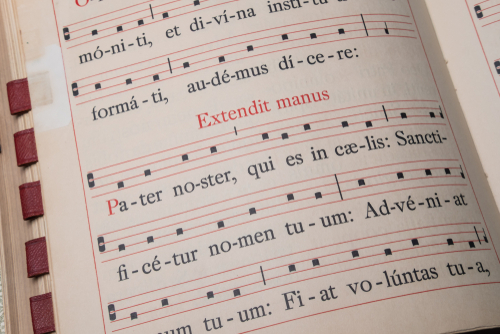 One of the early uses of music by the Church was as a teaching tool.  In past centuries, when most people were relatively uneducated, and could not read, religious instruction could pose quite a challenge.  One of the solutions was music.  By creating songs that included important theological truths, the Church was able to help people learn and remember important aspects of the Faith.

And, of course, the music itself is also an important form of prayer.  Most of the Psalms in the Bible were meant to be sung, and monks have been chanting prayers for many centuries.  Pope St. Gregory the Great created Gregorian chant as a beautiful and powerful form of prayer, that is used both as part of the liturgy, and outside of it.

Gregorian chant is another important form of music for our children to become familiar with.  Not only will it broaden their perspective on music in general, but it will allow them to offer beautiful prayer to God, united to Christians throughout the centuries.

Gregorian chant is also very well suited to meditation.  The rhythm assists the soul to quiet down and opens it to contemplation of God.  The melody is beautiful, but not “poppy,” inspiring dance movements, and its tendency to be in Latin also makes it unlikely that children will get the urge to sing along and “rock out.”  They may join with their favorite prayers, but for the most part, it will drown out distractions and encourage their personal prayer. 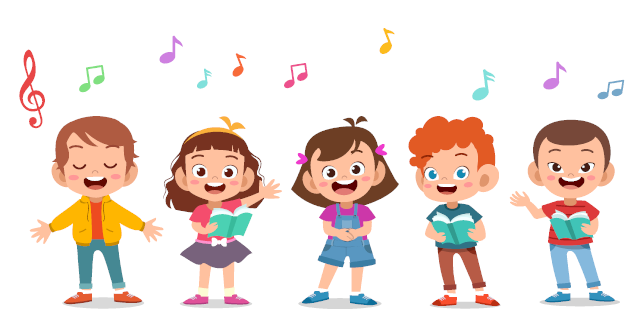 CatholicBrain has an entire section titled “Songs.”  It does not include Gregorian chant, but it contains plenty of songs that children will want to sing along with, which will help them to pray, and instruct them in the Faith.

For example, the Walking with Jesus songs set many important prayers, which we want our children to memorize, to music.  Children will sing along with the Apostle’s Creed, the Our Father, the Hail Holy Queen, and all the other prayers that make up the holy rosary.

Not only that, children will be encouraged to learn the Mysteries of the Rosary by hearing them set to music, as well.  Each of the twenty Mysteries are not only named, but explained, all in song.

There are also numerous songs from Brother Francis on CatholicBrain, under the Let’s Sing tab.  These songs continue the Catholic tradition of using music to teach about the Faith.  Children will learn about the love and mercy of God, as well as the life of Jesus, and the Church.

Songs are also organized according to the liturgical seasons.  The King is Born contains Advent and Christmas music.  The platform pulls songs appropriate for Lent and collects them under the Lent tab, and prayers and the rosary each have a tab, with the album songs on those topics collected together.

Love of music is part of our human nature, given to us by God.  However you do it, explore ways to use beautiful music to teach your children about God, and to help them honor Him.